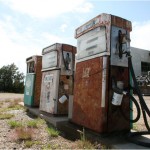 Job creation is a central theme in today’s economy as stock price indexes, housing markets, and construction have all risen while jobs have remained relatively stagnant. This point alone makes difficult the task of having an honest discussion surrounding ORS 480.330, the law that prohibits self-service dispensing of Class 1 flammable liquids at retail – namely, gasoline at fill stations.

Mandating attendants to dispense gasoline into one’s vehicle is an example of the state overstepping its authority into the regulation of private enterprise. Imagine a scenario where the government regulates how many clerks should staff a grocery store, or mandates that no one may change their own oil on their vehicles. The costs of these policies would be born not by behemoth oil companies and other corporations but, rather, by the citizens. This is simple economics.

While the folks behind the nozzles at service stations are quite often hard-working and diligent and will even show such dedication to the task as to wash a driver’s windows while one waits for a fill, we must continue to ask the difficult questions in order to shape our society into one where jobs are based on society’s demands – not one where jobs are created for the sake of job creation because a group of politicians have gathered together to create a purpose for themselves.

Currently, New Jersey is the only other state to mandate gas station attendants. The government set forth numerous declarations in ORS 480.315 in an attempt to justify the law’s passage. Among them are the theories that exposure to toxic fumes represents a health hazard to customers dispensing Class 1 flammable liquids and that small children left unattended when customers leave to make payment at self service stations creates a dangerous situation.

These justifications point to the irrationality of the law and are a prime example of an “empty carbohydrate” for the economy. First, would gas station attendants not be subject to the same fumes as drivers considering no masks or other breathing devices are required for dispensing fuel? Second, is the state again setting the boundaries for what are acceptable parenting practices? Virtually all of the declarations set forth in ORS 480.315 cover similar Big Brother territory.

From a more global perspective, it is rare that a politician marches with the torch of deconstructionism, the aim being that she or he rallies support to dismantle some of the more overbearing elements of our government. At the moment, working Oregonians support a Social Security disability program that handed out nearly $45 million in 2012. Many of these applications are promulgated by economic woes versus actual disability.

The government’s excessive regulations and ever-expanding programs are complicating our society’s function. Imagine a tax code with no loopholes and deductions. Imagine a tax code limited to twenty pages. Imagine no pork barrel spending, bridges to nowhere, and fallow prisons. Such efforts take support from a voting citizenry – a citizenry not in decline but one willing to make the bold effort to deconstruct in order to reconstruct based on simple enduring laws that provide necessary protections and allow society to function unencumbered by the baggage of over two centuries of legislation layered by legislation.