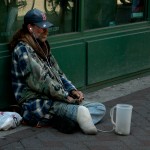 Jason Kersten is a former Army Ranger that served in the Gulf War during Operation Desert Storm and Desert Shield. I spoke with him on a park bench in Lownsdale Square about his work with the veteran homeless population in Oregon and Portland in particular.
There are currently 1400 houseless veterans in Oregon. Jason’s life mission is now to help these veterans deal with their drug, alcohol and health issues. He has a passion for this work and a deep connection to the community-at-large.Jason knows the difficult and unstable life of being without a roof over his head. He was one of four Porlanders who inspired me on the last Sunday in September, to sleep under the Hawthorne Bridge to experience, for just a moment, the restless night of one without shelter.

Imagine for a moment what it is like to have to merely choose where to sleep. Will you choose to sleep near other houseless, or by yourself in isolation? Will you sleep facing a wall with your back exposed or facing outwards where other people know you are sleeping because they can see that your eyes are closed? Either position imbeds an extraordinary lack of security. Now imagine, a train, or car, or passerby waking you up every two hours. You have to walk around the block. Go back to sleep. Imagine trying to hold a steady job under these conditions.

Ibrahim Mubarak, one of the primary founders of Right 2 Dream in downtown Portland, at one point told me that if we focused on eliminating homelessness amongst our veterans we would reduce overall homelessness by 30%. This is an astounding number on its own but given that this particular type of homelessness is a product of our society and the future we have created for many of these individuals who served their county with honor and valour, this is a type of homelessness we are obligated to eliminate.
I saw many others sleeping on the street that last Sunday in September. There were immigrants, the mentally sick, young runaways, and drug addicts. These are the most vulnerable in our society. The way we treat them is a reflection of who we are as a society and the kinds of values we promote.
We have the wealth and the capability in our nation to lift eachother up. Wealth stratification is stretching our society apart at an unhealthy and degrading level. The term “paying our way forward” has picked up new momentum as so many of us are realizing that consuming for ourselves is not the type of world we want to create. We see a better world. A world where we are not so reliant upon the energy the government sells to us to consume. A world where we are not so reliant upon the industrial food complex – where we now may find trees next to sidewalks bearing fruit. A world where we decide that modesty is relevant and alive and experience is shared.
Our soldiers have been exposed to the atrocities of this world. Whether one agrees with the military’s purpose or not, our human empathy begs us to stand by them on their return. We must pay the way forward to bring our soldiers home. We must re-integrate them properly into our civilian communities and think hard, as we have with Syria, about the real cost involved in sending them away to begin with. 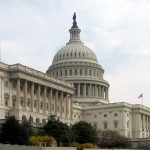 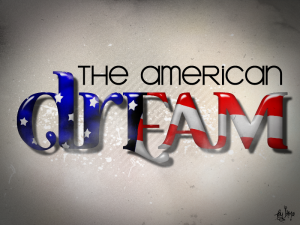