President Obama signed into law H.R. 5973, the Consolidated and Further Continuing Appropriations Act on March 26, 2013. The nationwide controversy that followed its passage was the result of section 733, the “Farmer Assurance Provision” that was notoriously nicknamed the “Monsanto Protection Act”, that included a rider added by the House of Representatives and passed by the Senate.

Oregon Democratic Senator Jeff Merkley, a member of the Appropriations Committee, voted for this bill and played a significant role in its passage. He attempted to cover his tracks by leading its repeal. When the repeal was blocked, he made an excuse that Republicans were to blame – a false excuse that continues to drive the wedge of divisiveness between the parties and fuels the lack of productivity in our nation’s capitol.

The rider, introduced by those in Washington D.C. with deep connections to the massive genetically modified seed corporation Monsanto, expands executive powers by allowing the U.S. Department of Agriculture the ability to override judicial proceedings invoked to protect the health and safety of American citizens. Furthermore, the rider grants growers of genetically modified seeds, the ability to continue to market and sell, fruits and vegetables that are potentially poisonous to our society.

First, Senator Merkley should have known of the rider. Back in December 2012, his fellow Oregonian House Representative Peter DeFazio authored a “Dear Colleague” letter opposing the Monsanto biotech rider.

Second, and furthermore, as a member of the Appropriations Committee, Senator Merkley should have had every legislative aid on his staff scouring the bill for suspicious language. Instead, the Senator, in failing to repeal the rider, drummed up the excuse that the Act was a “must-pass bill under tight time constraints.” He further explains in his statement to the President that the bill escaped the U.S. Senate “with no debate.” As a member of the Appropriations Committee, a debate should not be necessary for him to be aware of these riders.

As if excuses were not enough, he blames the GOP for blocking the repeal while ignoring the fact that fifty-one (51) democrats in the Senate voted for the Monsanto Protection Act as opposed to twenty (20) republicans – this was a bill favored by his party. Only one (1) democrat voted against the bill.

Attention to detail is certainly a necessary quality of a member of Congress. Accountability for mistakes is another such quality. Senator Merkley’s democratic colleague, Barbara Mikulski (D-Md.) owned up to her role in H.R. 5973’s passage by making a public apology.

Partisan politics are to blame for the Sequester and much of the other government inaction plaguing the current system – not one particular party. We must seek to elect senators and representatives who are capable and willing to work with all members of Congress – not just those amongst their party ranks. These types of candidates are those trained to identify conflict and mediate towards a positive outcome.

Senator Merkley stands for reelection in 2014. His reliance on Oregon’s shade of “blue” is misplaced and unfounded. More folks now than ever are willing to cross their traditional party platform to vote for candidates who are conscientious, progressive, and balanced. 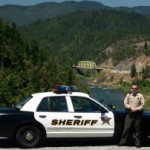