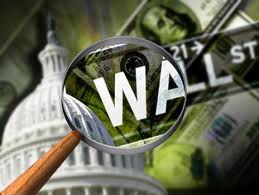 Why do we pay the highest taxes to a government that is furthest away from our homes and communities yet our local governments are struggling to keep our neighborhood pools afloat, our parks enriched, and our kids learning? Is it possible to temper our lust for creating institutions based primarily on a growth model akin to a pyramid scheme?

Both Republicans and Democrats cannot deny their involvement in making servants, if not slaves, out of the future generations of our country either because of nearly bankrupt social programs or because of international ventures gone awry. The parties have succumbed to the pressures inherent in gaining popular favor and retention of power. Representatives and senators are compelled by each imminent election to bring home as much pork as they can carve out from the carcass of our appropriations bills, in essence, stabilizing their influence and legitimizing their role to the voters back home.

Private enterprise, in an economy of scale, can operate in a parallel fashion. Companies such as Monsanto lobby Washington to secure last minute riders in Congressional bills that serve to make lawful their pillage of the average American while barricading their fiefdoms. Wall Street banks have largely been able to navigate around the financial regulations following the 2008 crash and have grown to such girth as to make any indictments of their executives too risky for the economy to endure. We even have seen our educational institutions focused on gaining as much market share as possible rather than perfecting the market share they own.

Grow. Grow. Grow. When the size of an institution begins to compromise the accountability they owe to those closest to home, that is when it is time to stop growing and time to start fine-tuning. Nike, Incorporated has provided tremendous services to Oregon. However, the capacity the company wields in forcing emergency sessions by the executive and legislative branches certainly conjures criticism on subversion of the democracy we are trying to achieve for our state. Accountability builds trust and is at the heart of any community. Crony capitalism and the desire to grow at all costs undermine the integrity of the bonds between us citizens.

When we buy from the behemoths, we are buying an empty homogenate. Changing the way we think about success in our institutions and ourselves is at the heart of reform. Buying local at every opportunity and making personal, individualized investments in the small businesses and non-profits of our state create a unique and vibrant community with healthy competition.

We, as voters and conscientious citizens, must reward politicians who act as conduits of power: not bankers of power. They must be rewarded for coordinating with community leaders in the locale. They must focus on perfecting the basics of government rather than seeking new program upon new program for their list of accomplishments. Local governments have an opportunity to take the reigns and lead their communities towards shaping their desired futures by holding the People’s voice upon the highest of pedestals.