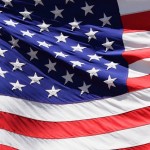 As Oregonians, divided by the I-5 corridor, by the Cascades and the Willamette, by the interests of Nike and the interests of a democracy, by Beavers and Ducks, by two fiercely opposed political parties and their ideologies, and the varied idiosyncrasies of our farms, cities, markets, culture and climate, we understand one principle in common: the right and dignity to hold one’s differences in equal legitimacy to another’s.

The forces of opposition to this principle are stealthy in the corrosion of its foundation in the Constitution. A vote is no longer a vote but competes now with the dollars of special interests packing the hallways outside of our legislative sessions, and colleges of election that spit on a Declaration. It begs the question how must we oppose such a daunting force? We answer by changing the game.

John Locke coined “the pursuit of happiness” to describe each human being’s path to fulfillment and self-determination. But when dependency is forced upon us by an organism larger than ourselves we lose the ability to determine our path – instead we are guided by the shackles of a creature empowered not by a citizenry united but a conquered one. And now our actions must be tempered in accordance with what we owe.

How does our burden break? Are we to believe that the current bifurcation of power in government and the precedence of the two-party platform will yield a solution that will allow the torch of entrepreneurialism and the fire of free-spirited endeavors which have sustained our nation, to carry on? Or are we merely selling out now, foregoing an inspirited future? There is no golden parachute waiting for us on the other side.

The monuments we have built in the name of progress were once named for the achievements of our history and personhood. They now bear the mark of collusion and oligarchy. Our landscape is burned with billboards – a conditioning by the top to us, telling us to vote the party line. And so we register, as Democrat and as Republican progressing our way ever closer to a future obsolete. Where is the voice of a single human being in that?

“The right to hold one’s differences in equal legitimacy to another’s” is an expression not of compromise but of reason of mind. Each point of view is a legitimate whole. We should not be asked to sacrifice a core belief in adoption of a compromised ethic, in a compromised American Dream. That will merely degrade our sense of humanness and that has been happening for too long. No. Liberation begins in the mind.

Politics is the marriage of each of us to our unity. Practiced properly it is the cornerstone of revolution. Abused and it is the pedestal of tyranny. We must resolve ourselves to seek peace instead of pork, dignity instead of derision. And when we do we will know we have buried the forces of opposition for a path clear to revival and suffrage.