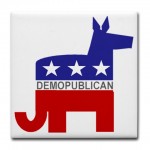 The Democratic Party has a healthy lead as the majority party in Oregon. Their base, much like the Republican base, unwittingly votes the party line and, as a result, we in Oregon are left being represented by an unrepresentative majority.

Only one elected federal official from Oregon is a non-Democrat. Yet, Oregon is composed of 39% Democratic, 32% Republican and 29% Independent, unaffiliated and alternative party voters. This leaves many Oregonians wondering how to achieve more balanced representation. Open primaries may just be the answer.

For many in the minority, building a coalition based upon the broadest array of viewpoints that do not fundamentally conflict with one another is seen as the only way to broaden the state’s representation. It is also an enormous undertaking. This type of approach will not typically endear religious radicals or rabid environmentalists. However, the approach will treat representation as less about the party line and more about a holistic and substantive treatment of the issues.

An open primary system would enhance representation in Oregon by identifying candidates who most fully represent Oregonian points of view – not Oregon Republican or Oregon Democratic points of view. And is not this what we all desire – having our politicians striving to represent Oregon in the fullest sense?

The idea that parties will become irrelevant may be a pipe dream, but an open primary system is the first step towards eroding party identification as the basis for representation. It will involve the 29 percent of Oregonians who do not identify with one of the two major parties in the primary process, so that the rest of us will not be left with those politicians the parties have “presented” us with in the general election. Open primaries will incentivize us all to think about how our vote will shape our political future, as the range of candidates we see listed on our ballots will prompt greater inquiry.

Certainly, money will still play an inflated role in name recognition, as it has for centuries. But values will play a role of greater importance, as conscientious Oregon-affiliated voters mark their support for candidates they believe stand for Oregonian principles.

For Democrats who feel their leaders are reaching a point of entrenchment and mismanagement, from $300 million spent on CoverOregon to $200 million on a proposed and yet-to-be-built bridge, open primaries offer an opportunity to infuse our political system with a more frugal vision based on good stewardship. For Republicans who seem to embody antiquated social perspectives and, time and again, lose in the general election, open primaries offer an opportunity at increased representation – even if their candidates are not as “complete” a package as they would like.

But perhaps the greatest win an open primary system would bring home is overcoming the conventional form of politics that offer conflict-based representation. Finding leadership that seeks to resolve our differences by marrying seemingly disparate viewpoints is essential for a renewed and rejuvenated Oregon and United States.

There is an opinion that parties in free countries are useful checks upon the administration of the government and serve to keep alive the spirit of liberty. This within certain limits is probably true; and in governments of monarchical case, patriotism may look with indulgence, if not with favor, upon the spirit of party. But in those of the popular character, in governments purely elective, it is a spirit not to be encouraged. From their natural tendency, it is certain there will always be enough of that spirit for every salutary purpose. And there being constant danger of excess, the effort ought to be by force of public opinion, to mitigate and assuage it. A fire not to be quenched, it demands a uniform vigilance to prevent its bursting into a flame, lest, instead of warming, it should consume.